Ancient Nursing in India is the practice of care for medical patients in that nation.

Its history indicates that the principles and practices of nursing are ancient. This Ancient Nursing in India practices is so clear Nursing in India, intelligent and scientific, that many of them might fit into any of the modern textbooks. Prior to the 20th century, Indian nurses were usually young men, with women acting as midwives for assisting with childbirth. The acceptance of nursing as a profession in India was obstructed by the low status of women, the caste system, illiteracy, and political unrest.

Military nursing was the earliest type of nursing in India. In 1664 the East India Company started a hospital for soldiers in a house at Fort St.George, Madras. The first sisters were sent from St Thomas’ Hospital, London to this military hospital.

In 1797 a Lying-in-Hospital (maternity) for the poor of Madras was built with the help of subscriptions by John Underwood. In 1854 the government-sanctioned a training school for midwives in Madras. 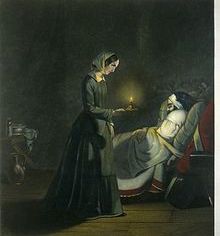 Florence Nightingale was the first woman to have great influence over nursing in India and had a close knowledge of Indian conditions, especially in the army. She was interested in the nursing service for the civilian population, though her first interest was the welfare of the army in India.

In 1865, Nightingale drew up some detailed “Suggestions on a system of nursing for hospitals in India”. Graduates were sent out from the Nightingale School of Nurses at St Thomas’ Hospital, England to start similar schools in India. St Stephens Hospital at Delhi was the first one to begin training Indian women as nurses in 1867.

In 1871, the first school of nursing was started in Government General Hospital, Madras with a six-month diploma midwives program with four students.

In 1897, B. C. Roy worked to the standards of nursing and nurses of both sexes.

For Ancient Nursing in India, Nursing bureau in South Delhi