Infectious diseases are illnesses caused by germs (microbes). It is important to realize that not all germs (bacteria, viruses, fungi, and parasites) cause disease. In fact, a host of bacteria normally live on the skin, eyelids, nose, and mouth and in the gut. These bacteria are called normal flora and are considered normal inhabitants. These normal flora are helpful to us! The bacteria in our bowels break down foods and form vitamin K, an essential vitamin for all of us. The normal bacteria on our skin and in our mouths protect us by preventing or decreasing the chance that we will become infected with harmful bacteria and fungi.

The normal balance of bacteria can be upset by antibiotics and some illnesses. Viral infections often damage body surfaces and set the stage for infection by harmful bacteria.

It is not always clear why the same strains of bacteria cause carriage in one child, mild illness in another, and serious infection in others. Sometimes it is because of factors in the child or the bacteria, but often doctors don’t understand the reasons.

Another important factor for a child is the use of medical devices such as catheters (tubes placed in blood vessels or into the bladder) and other tubes (e.g., from the nose to the stomach, from the nose to the lungs). These catheters and tubes provide a direct path for bacteria and fungi to get into the blood, bladder, or lungs. Medicines such as corticosteroids (used in asthma and many other conditions) and cancer chemotherapy can interfere with a child’s ability to fight infection. Even antibacterials can be a factor by killing the normal protective flora. 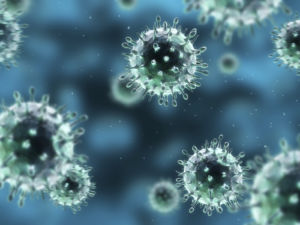 Factors in bacteria, viruses, and fungi include genes that determine how harmful (virulent) the microbe can be. Some germs make toxins that cause illness by themselves or contribute to infections caused by the germ. Examples include enterotoxins, which cause diarrhea; tetanus toxin, which causes lock jaw; and toxic shock toxin, which leads to low blood pressure and collapse (shock).

Infections are a normal part of childhood. Most children will have at least 6 to 8 respiratory (breathing tract) infections each year. These include colds, ear infections, sinus infections, bronchitis, and pneumonia. Infections of the bowels also are common.

When children gather together in child care settings and school, there is the opportunity for infections to spread from one child to another.

The incubation period is the time it takes after a child is infected until he becomes ill. Sometimes the incubation is short (e.g., a day or so for the flu), while other times it is quite long (eg, 2 weeks for chickenpox and many years for human immunodeficiency virus [HIV]). In some cases, a person is contagious during the incubation period, while in others the person is not contagious until the illness begins. The amount of time a child remains contagious depends on the infection and the child. Young children are often contagious for longer than older children.

Many infections come and go with no harm to the child. Others cause pain and, sometimes, death. Some infections resolve, but leave a child with organ damage. While many germs come and go, some germs stay with your child even after the illness resolves. For example, herpesviruses (herpes simplex, cytomegalovirus, Epstein Barr virus, varicella, and human herpesvirus 6 and 7) remain in your child for a lifetime. If your child gets chickenpox, that virus stays inside his nerve cells after the rash and illness go away. The virus can reappear later in life as shingles (herpes zoster).