The Zika virus disease is a part of the Flaviviridae family of viruses, which also includes the viruses that cause West Nile, dengue fever, yellow fever, and Japanese encephalitis.

By 1981, it was inpatients in parts of Africa (including Uganda, Nigeria, Tanzania, Egypt, Central African Republic, Sierra Leone, and Gabon) and parts of South and Southeast Asia (including India, Malaysia, Thailand, Vietnam, Indonesia) Was seen. And the Philippines).

Outbreaks of Zika virus disease have been reported on the island of Yap in Micronesia in 2007 and French Polynesia in 2014. Starting in May 2015, an outbreak of the virus was reported in South America.

There have also been reports of the virus being transmitted from mother to fetus before the baby is born, to baby during childbirth, through sexual contact, and from blood transfusions.

It’s not known exactly what causes Guillain-Barre, though some viruses have been reported to trigger it. 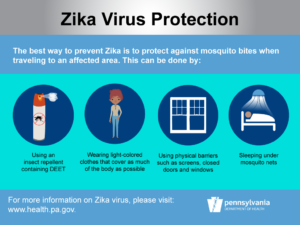 In February 2016, the World Health Organization (WHO) declared Zika to be an international public health emergency. This was in response to the 2014 outbreak in French Polynesia and the 2015 outbreak in Brazil. These outbreaks were linked with a significant increase in cases of microcephaly and other neurological complications in babies born to women who had contracted Zika virus disease during pregnancy. The WHO emphasized the need to fast-track research on Zika infections to better understand the link between Zika and pregnancy complications, including microcephaly. Other necessary research includes the need for a better understanding of how the infection spreads

Other Forms of Transmission

Approximately 20% of people (1 in 5) who are exposed to the virus develop symptoms. Those who do become ill most often have only mild, flu-like symptoms. These can include:

Symptoms typically don’t require any special treatment and will go away on their own within about a week (2 – 7 days).

If You Experience Symptoms of Zika Virus Disease

Symptoms of Zika virus disease are seldom serious enough to require hospitalization. However, anyone who is experiencing symptoms and who has recently been in an affected area should talk to a physician. This is important to help track the spread of the virus and to rule out dengue fever, which can have life-threatening complications (see the Diagnosis and Treatment sections for more information).